How I started to speak English 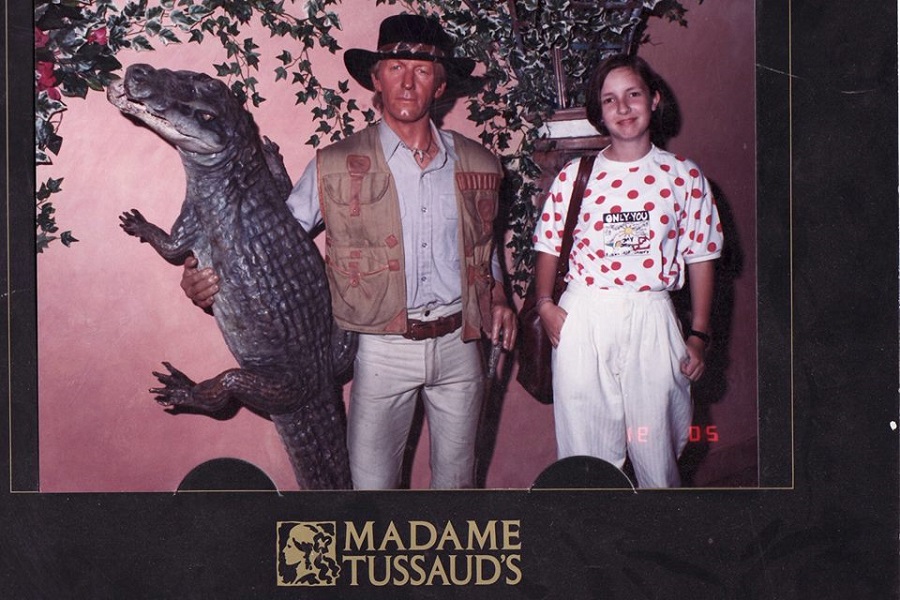 When I was 11, the Iron Wall came down and the Czechs could finally travel abroad. To be precise… to the West. I used to spend all my childhood vacations in Bulgaria so I couldn’t have been more excited to cross the borders to the colourful world called Western Europe, 21 years ago.

And we went big, all the way across Europe, to the British Isles, visiting several long-lost friends. In my dad’s old Škoda 120L. And that’s where my English Without Books journey started…

I still remember the moment the other Wall came down – my own wall of being shy to speak English. I had been listening to English my whole childhood, coming from the old LPs my dad used to play and friends from abroad who were allowed to enter our communistic world once in a blue moon. But I had never dared to speak.

So when I finally entered the land of The Beatles, in 1990, my dad did the cruelest and, at the same time, the best thing he could for my future EFL journey. He dropped me in his friend’s home in Bristol for two weeks and left for Scotland. Here was my chance to start swimming in the sea called “ENGLISH”.

My dad’s friend was Bob Porter. He worked as a proffesor of Czech and lived with his Danish wife and two kids my age in Bristol.

Bob was no stranger to me – he had been coming to Brno since 1967 – and his Czech was fluent. However his Danish wife and kids spoke nothing but incomprehensible British English, to me anyways. And it seemed the kids weren’t particularly excited about having yet another girl in their home. So those were tough times for me. But they gave me the push, like everything else in life, to finally start speaking.

Until this day I remember the moment of opening my mouth and eventually uttering a few English sentences. From then on it has been a ride. Until this summer I’d never returned to Bristol, however the door to the English-speaking world finally opened and I was free as a bird! London, Boston, New York, Chicago, Amsterdam, Paris, Barcelona, Rome,…

Now 21 years later I found my way to Bob’s house in Bristol again, and it felt so good to be back, with a family of my own. No need to fuss about silly kids’ stuff with Bob’s daughters and I understand everything Lissy, Bob’s wife, says, which is probably the biggest reward for me, after all these years of learning English. To understand Bob’s Danish wife whose English is flawless and oh so fast.

And Bristol is such a pleasant city to visit on a summer holiday. The wonderful history, culture, architecture, the port and the numerous parks where you could spent your whole life picnicking… We didn’t want to leave. It’s comforting to know it’s only 2 hours away by plane, instead of 30 hours by car.

And Bob is such an interesting man to talk to. He likes telling stories about Bristol, explaining the origin of English expressions and loves foreign languages. He speaks fluent Czech and Russian which is quite odd for a Brit. He befriended Milan Kundera back in the 1960s when Kundera still lived in Brno and the road to the realms of Czech literature less travelled by Brits was on offer, so he gladly took it. Ten years ago Bob published an Introduction to 20th Century Czech Fiction for his students and, although retired, gives lectures on Czech and Russian literature all around the world.

Here is an interview I did with him in Bristol: